There is this story on the news.

A fitness trainer and former model has swapped his six-pack for a paunch – in a bid to understand his overweight gym clients.

I will accept that the metric system probably makes more sense, even if it’s only for the simple fact that everyone in the world uses it except USA (#1), but this stone shit is just ridiculous. You only need to know someone’s weight in stone if you are trying to drown them, and even then it will/won’t matter if they are a witch (which is why you are drowning in the 1st place). But TO THE STORY.

Um, this is a successful PR stunt. It got picked up in a newspaper and is now making its way around the internet. But, dude, all you own is a gym. That is so much work to get the world out about your gym. You need to keep things in perspective. If you were trying to p-mote your blog then MAYBE, but this just does not seem worth it. YOU HAD A SIX-PACK! ULTIMATE!

Martha Stewart has a Twitter now. Whatever. She never done NOTHING to me. I hope she gets a billion followers and her twits are sent into space. But the intern that actually runs that thing needs 2 get it 2 gether. Because Martha Stewart Twitter is only following six people:

YOU ARE NOT IN COLLEGE ANYMORE, INTERN. THIS IS A PROFESSIONAL WOMAN WITH REAL BIZUNESS INTERESTS U R REPRESENTING. Martha Stewart Twitter is @amateur!

I was sitting on the subway train yesterday, facing a normal enough looking man. A human man, I would have assumed, based on his clothing, which was p-coat, watchcap, etc. (He did have on some kind of weird patterned silk shirt, like he was trying to blend into the background of Garden State or something, which might have been a red flag, or a mustard yellow fleur-de-lis on a background of chains flag.) For most of the train ride, I was engrossed in my magazine article, but at some point I noticed furious movement from the man in front of me. He was chewing his nails. FINE. People chew their nails all the time. Except that he was chewing them like they were made out of candy and there had just been an announcement that if you don’t finish all the candy as quickly as possible you’re going to die. The man was not chewing his nails, he was eating his nails, like a RAT. The way a RAT eats its nails.

He would pause and rest his hand on his thigh, but this lasted for maybe two seconds, and then it was GET THOSE FINGERS BACK IN MY MOUTH NOW THANKS. This went on until he got off the train, and one must assume that it kept going, and if I was a serious on-line diaryist I would have gotten off the train and followed him to take the blue pill to see how deep the rabbit hole goes for a SERIOUS ANECDOTE, but I don’t care. Fuck that guy. He is the grossest guy. I hope he accidentally gets almost enough poison on his nails to kill him but not quite and gets really sick and learns a valuable lesson. ABOUT NOT DOING THAT, ARE YOU KIDDING ME, SPLINTER?

I can’t believe I didn’t find a place to use this one.

So much Shia this week. Welcome to Shia Town, Population: Two Blog Posts In A Row!

I re-watched the Transformers 2 trailer this morning because something was bothering me.

When you see moments like this, when a teenager goes head to head with a three-story high robot from space bent on destroying the entire planet because he’s sad that his robot brother got melted the last time (or something, I didn’t take Transformers in college so that movie mostly made no sense), the most obvious thought is HOW IS HE GOING TO GET OUT OF THIS ONE, HE’S DOOMED.

That robot is too big!

But what a lot of people don’t realize is that giant space murder robots have very tiny, dainty robot hands, and mostly they just want to gently submit you without causing any harm.

OH. Oh am I so mad about this thing.

Look, we all make mistakes. Me ESPECIALLY. We just admit them and we move on. We metaphorically throw the rest of the blueberry meuslix in the garbage and we allegorically remove it from our future shopping carts, IF YOU KNOW WHAT I MEAN. So things could have been done differently. I could have seen The Dark Knight on the IMAX last summer when God intended for us to see The Dark Knight on the IMAX. That is on me. It is not like the marketers behind the movie failed in their job to let me know it was going to be in theaters. I was really really well aware of that. They should sleep well at night, The Dark Knight marketers, knowing that they thoroughly marketed that movie.

But I did not see the movie in IMAX last summer. So I was excited that it was being re-released this month. Total do over! I bought my ticket and everything. But when I got to the IMAX, totally pumped for what would obviously be a massive screen of incomparable clarity obliterating my field of vision in order to bring this darkly woven tale of an anti-hero’s battle with immeasurable cruelty, I instead found this: 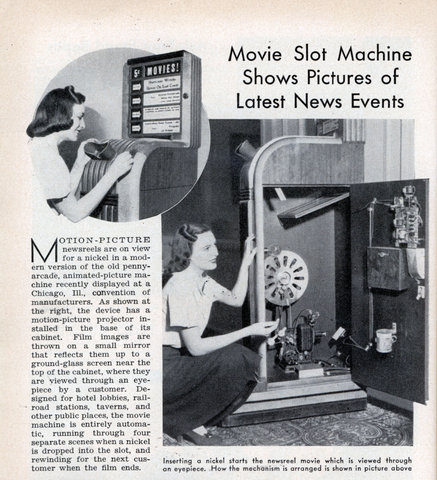 Whoops. The Times Square IMAX is just a regular movie screen, except that there’s an illuminated IMAX sign hanging above the door to the theater. Perfect. And you only want 6 extra dollars for the privilege of seeing a movie here? I’m basically making money at this point. Oh, this is so infuriating. Stupid jerks! STUPIDJERKSMAX! I’m going to burn that theater to the ground. Literally. No I’m not. But you get my point. About hating it. I could have been doing so many other things last night. Like dusting my Penguin Paperback Classics collection, or seeing Dark Knight on an actual IMAX.

I’ve been really against WeightWatchers for a long time because it’s food for women. I knew that it didn’t have the vitamins and nutrients that a man needs for all his man activities. It was food for three kinds of people:

But now I am just really in the mood for WeightWatchers For Men because I know that it’s going to taste delicious and also be full of electrolytes and nicotine and whiskey and TESTOSTERONE. I’m going to just eat some WeightWatchers for Men and get some ripped abs because of diet and go out in the woods and fuck a shark with my bare hands. NO RABBITS ALLOWED.

Not that I didn’t pour some out (I didn’t pour some out) for my McCainiacs last night. Every single one of those inaugural balls was a racist’s nightmare (or a Sarah Palin rape fantasy). Not one mention of a boot up Iraq’s ass? We’re still talking about the Presidency right?

“It is unclear why the producers chose Mr Young whose main claim to fame is f***ing over Graydon Carter, being an EPIC FAIL and who maintains an entirely deserved reputation as a self-serving whiny drunk pissant,” wrote Joshua David Stein on Gawker, a New York gossip site. “My friend Gabe deftly pointed out he is like Simon Cowell without the talent or hair,” wrote Max Silvestri, a New York comedian. “But I think he’s like the lady from The Weakest Link but with a more feminine physique.” Comments like this — comparing me unfavourably to other British television personalities who’ve crossed the Atlantic — popped up all over the internet, mainly from outraged fans. But the most wounding insults were hurled by American restaurant critics, no doubt furious that they hadn’t been asked to appear on the show themselves. “A horror” was the verdict of Adam Platt, the distinguished food critic of New York magazine, who dismissed me as a “bald-headed Londoner” guilty of delivering “forced bon mots”.
(Toby Young, writing in The Spectator)

Now I’m going to have to throw out all my old business cards because they don’t say “Professional Success” on them.

SIDEBAR: how come every post I’ve written since my “return” has been tagged “assholes”? Riddle me that, 2009.

I have a couple things that I can say about last night without getting into SPOILER territory for future work-related projects, but:

That being said, it was time to CELEBRATE with some over-priced cocktails at another one of downtown’s new-ish speakeasy-themed bars, that seriously, New York, you know who has this many restaurants where the staff all wear period-costumes? Epcot Center. Grow up. And not to get too deep into the blueberry-meuslix-revelations-of-tax-bracket-sadness from earlier this week, but it turns out I am the kind of person who can totally enjoy an elderflower cocktail, so interpret that as you will (badly).

So after all of this, I get to the subway, and I sit on the bench to read Heat, Bill Buford’s CULINARY JOURNEY (clearly someone needs to kill me). To my left are two young women deep in conversation. To my right is a homeless man in red sweatpants, drinking from a brown paper bag. I have my headphones on, NATCH, but I can hear this homeless man shouting. TRANSCRIPT:

So finally I turn to him and say “I’m sorry, I don’t smoke,” and he shouts “NOT YOU, YOU’RE NOT A GIRL.” Because he was shouting at the girls to my left. Which is already pretty much perfect. But he’s not done. “You might be a faggot, but you’re not a girl.” Now it’s perfect. My cigarettes are no good here (if I even had any, which I don’t, because I don’t smoke, because I’m a faggot). I should also point out that both the homeless man and I had our legs kicked out and crossed ankle over ankle, like some kind of important echo that is probably nothing, but just to be sure, I uncrossed my legs at the ankle and sat up straight, like a human being not suffering from schizophrenia and chronic poverty/alcoholism.

I just also want to point out that every time a woman walked by the bench, the homeless man would pat the seat next to him. It kind of reminded me of that David Cross joke about seeing a garbage man whistling at ladies from his garbage truck because maybe one out of every hundred girls he whistles at loves fucking on a pile of trash, you never know. It’s also funny because it’s not like patting the seat next to you on a subway bench would work for anyone, even someone who HADN’T just been having a screaming argument with one of the concrete support beams. But his consistency in patting the bench every time also made me think that at some point maybe this had worked for him and he was just hoping for some more of that beginner’s luck, or whatever.

Which is all a long way to say that that guy’s your boyfriend.